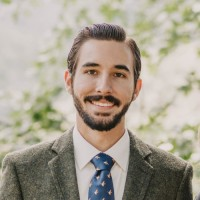 Isaiah Nixon was born and raised into Classical education and was schooled from an yearly age, being home-schooled in Classical programs and graduating from a classical high school, he has spent his life engaging with classical education as both a student and a teacher. Isaiah was born in California, but moved to Albuquerque, New Mexico to finish his high school years. With an interest in philosophy he pursued a Bachelor's degree from the University of New Mexico, but found himself being lost in the philosophical clouds of thought. Needing both literal and figurative grounding, he turned to the study of geography, where he found that geography was the culmination and synthesis of classical education, ultimately earning a Masters of Science in Geography.

Isaiah has worked in public schools and private schools, as well as has worked one on one with students training them in cognitive development. He most recently has found himself the Director of the Rhetoric School at Oak Grove Classical Academy, in Albuquerque, NM where he has taught 5th-12th grade over the past 5 years, teaching nearly all subject areas from the sciences to the humanities.

Outside of academia, Isaiah is an active musician, playing various instruments, is …

Engaging Sacred Space and Experiencing God in the Mountains
None
Master's Thesis
Explicit and Implicit Theology Communicated Through the Creation of Space
None
Presenter, AAG 2018, New Orleans, LA